Here's what on with us at Round Tower Hotel, Ardmore during Ardmore Pattern Festival week....
Wed 25th July - Open Poker Classic - standard 5 card poker limited to 36 players - 15 EUR per head at 9.30pm
Fri 27th July - Music with 'Roy Buckley' from 10:30pm
Sat 28th July - Penalty Shoot-Out Competition + BBQ with Ardmore Soccer Club from 3pm and Music with 'Full Circle' from 10:30pm
Sun 29th July - 'Gig in the Garden' Music with 'Jack Colbert' from 5pm and Music with 'Out the Gap' from 10:30pm
Wishing the Ardmore Pattern Festival Committee 2018 the very best with this year's festival. All festival details to be found at www.ardmorepatternfestival.ie 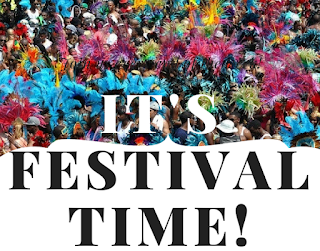 Summer is here at Round Tower Hotel 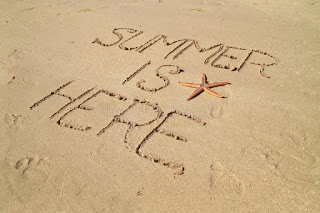 Seamus Prendergast gave a brilliant display for Ardmore as they claimed the All-Ireland Junior Club Championship with an enthralling 3-11 to 0-18 extra-time win over St Mogue’s Fethard at Croke Park.
The former Waterford star scored 1-08 including a first-half goal as the Munster champions held a 1-04 to 0-06 half-time lead, and John Gartland added a goal after half-time.
St Mogue’s Fethard relied on Mark Wallace’s frees and he scored 0-14, as well as a late free to push them ahead, but David Gartland’s point forced extra-time.
The sides finished 2-08 to 0-14 at the end of normal time but Ardmore wer
e 2-11 to 0-15 ahead at half-time in extra-time, and John Gartland scored his second goal to seal the win.
There were nerves and errors aplenty in the first-half while both teams suffered from erratic shooting, but it was the experience of Seamus Prendergast that drove Ardmore to a narrow 1-04 to 0-06 half-time lead.
The Ardmore full-forward scored the first point of the game in the fourth minute when he landed a free but that was cancelled out by Wallace soon after.
And Fethard took a 0-03 to 0-01 lead with the efforts of Wallace and Michael Dwyer. The latter could have scored a goal were it not for a great save from Jack Walsh in the 11th minute.
But then Seamus Keating sent in a long delivery from a free and Seamus Prendergast bundled the ball home after a mistake from Fethard goalkeeper Sean Foley.
That gave Ardmore a 1-01 to 0-03 lead in the 12th minute, Wallace tied things up again four minutes later, but Prendergast was on target to bring his tally to 1-02 already.
Fethard were wasteful but so too were Ardmore, and it was level again when Wallace scored his third free.
Keating scored an inspired effort in the 25th minute and Seamus Prendergast gave Ardmore a two-point lead with four minutes left in the half.
It was their biggest lead up to that stage but Wallace scored his fifth point to leave just the minimum between the two sides at half-time.
Wallace quickly tied the game up again on the resumption but Seamus Prendergast gave Ardmore a one-point before their second goal arrived.
Seamus Prendergast did brilliantly to hook Sean Foley and the ball fell to John Gartland who finished to the Fethard net.
It gave Ardmore a 2-05 to 0-07 advantage but Wallace scored three points in a row and Garrett Foley brought the teams level with 12 minutes remaining.
Seamus Prendergast and Wallace continued their personal battle and the latter looked to have won when he scored a free from his own 65 in the 61st minute but three minutes late David Gartland sent the game to extra-time.
Seamus Prendergast scored twice when the game restarted, and David Gartland’s point gave Ardmore a three-point lead.
They were two points clear at the interval and John Gartland’s 82nd minute strike finally secured victory for Ardmore.
ARDMORE: Jack Walsh; Niall Hennessy, Declan Prendergast, Daniel Power; Gavin Williams, Seamus Keating (0-01), Ritchie Hennessy; Kenny Murphy, Wayne Hennessy; Sean Barron, David Gartland (0-02), Michael Cronin; James Flavin, Seamus Prendergast (1-08, 0-07f), John Gartland (2-00).
Subs used: James Kennedy for Cronin (half-time), Kieran Conway for D Power (44).
Posted by Unknown at 09:13 No comments:

'Gig in the Garden' kicking off this Sunday 4th June from 5pm...music by 'Sampson' and Ardmore Tidy Towns will be hosting it's annual fundraising BBQ. Come support the Tidy Towns Committee - they have been doing Trojan work for many years (all voluntary) to make Ardmore a beautiful village. Here's to a fine day

Kicking off this Saturday 3rd June at 8:35am at Round Tower Hotel is our live coverage of the Lions Tour 2017. We will be showing all games over the coming weeks. Come early to get a seat. Our breakfast menu will be available during the game...regards, Aidan 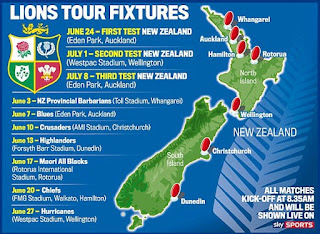 Presentation of the new St Declan's GAA Senior Club jersey sponsored by Round Tower Hotel, Ardmore. Enjoy lads, best of luck for the season and well wear! Thanks to Kenny Murphy for assisting us with the design of the jersey etc. Regards, Aidan & Trish 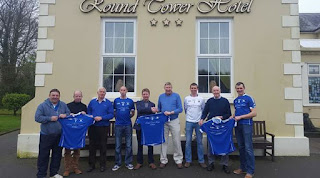 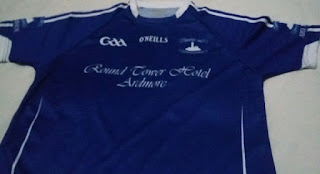